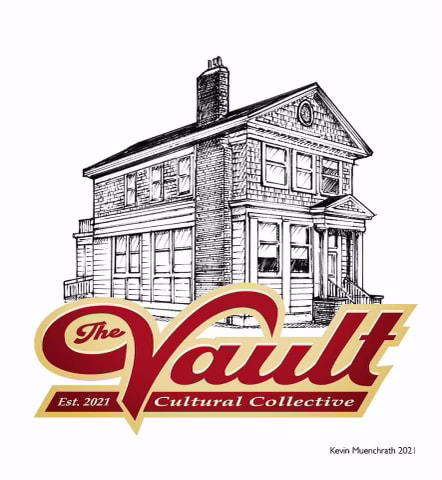 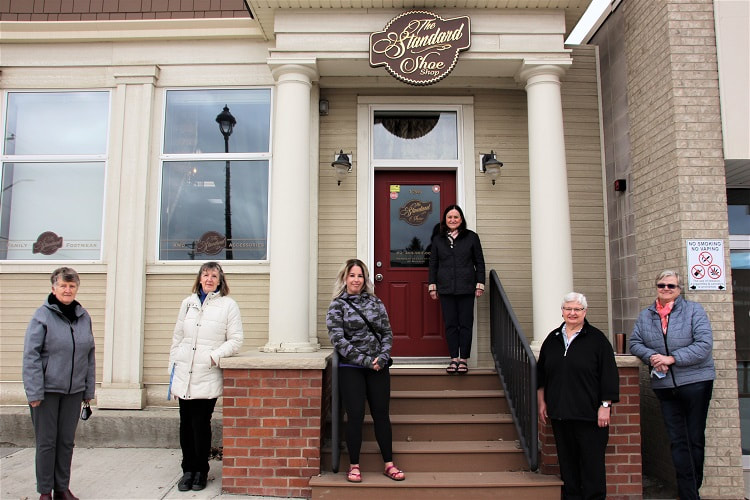 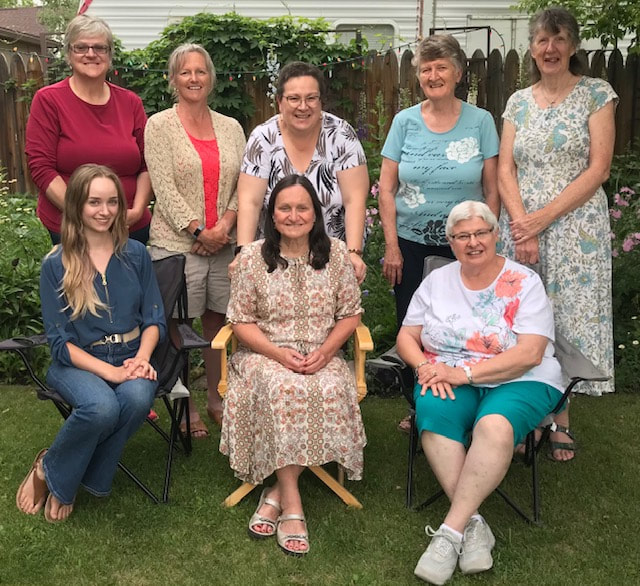 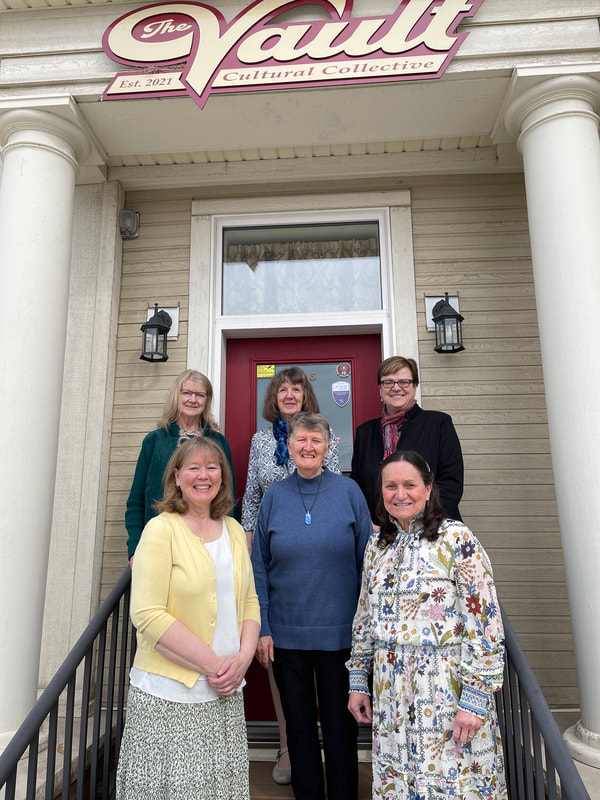 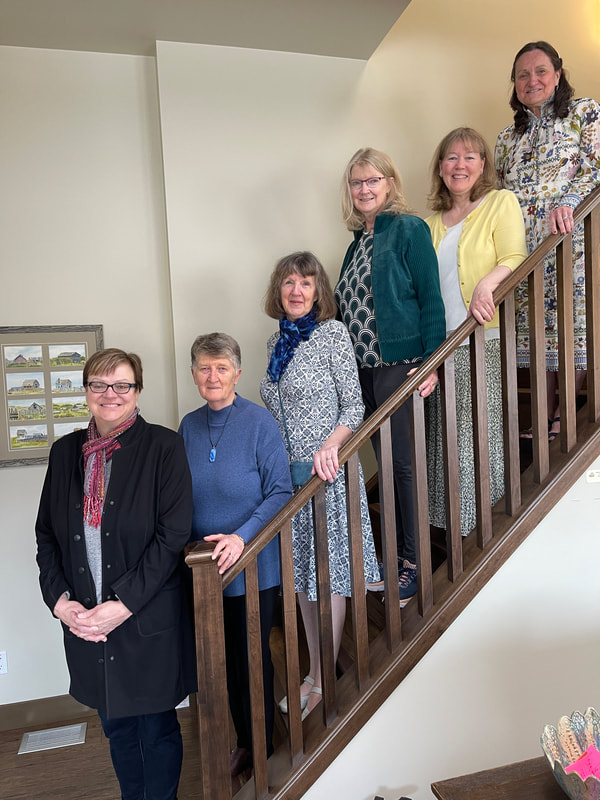 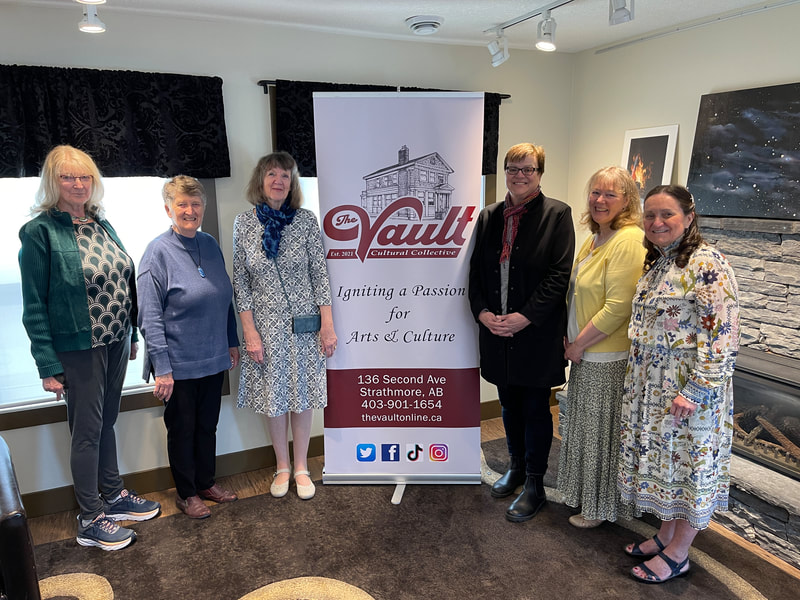 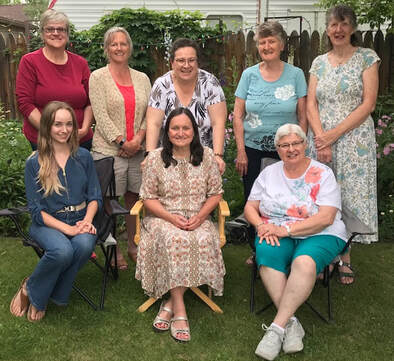 Members of the Vault Cultural Collective, shown here, hosted a soft opening of their new building on July 16. The building is located at 136, 2nd Ave. at the old Strathmore Standard and most recently the Standard One Stop Shoe Shop.


The Vault has been in the works for almost a year, with the first meetings taking place in August of 2020, according to Chair Carolyn Steeves. She says the goal is to make local art as accessible as it can be.

“Our goal is to basically be a one stop shop for all things cultural in Strathmore.”
​
The idea of the Vault came as a result from the long history of the building in which it is located. The building at 136 2nd Ave was constructed around 1909 for a local branch of the Union Bank of Canada, and later was home to the Strathmore Standard, a now-defunct newspaper.

The building received a complete renovation from top to bottom before it became the Standard One Stop Shoe Shop. After the shoe shop closed, the building owner and town council made a decision on Sept. 16, 2020, for the building to host a downtown base for local art, music, culture, and history.“Our non-profit association, The Vault Cultural Collective, is the tenant of the building for five years,” said Steeves.

The Vault is planning on holding events in the building. Currently on show are various art pieces from the Wheatland Society of Art and a number of consignment items from local artisans. There are also plans to partner with Siksika artists as well.
​
“This is a work in progress, but we’re hoping to have, possibly, artist in residence, artist displays,” said Steeves. “The sky’s the limit in what we’ll be able to do on the artistic front for Strathmore and community.” 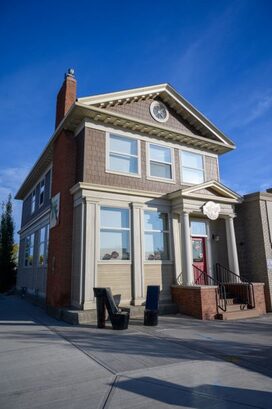 The historic building on 2nd Ave. in downtown Strathmore that once housed a bank, a newspaper and a shoe store may soon serve as a new home for community groups in town.
After the Standard One Stop Shoe Shop closed at the end of August, the building at 136 2nd Ave is now sitting empty. But it may not be so for long, as preliminary plans are in development for the building to act as a storefront for community non-profit organizations, town council heard during its regular meeting on Sept. 16.

The local owners of the building are willing to offer the space to community groups at a no net profit rate, meaning an amount equal to the combined cost of utilities and property taxes, which is about $8,000 per year, explained Doug Lagore, acting chief administrative officer with the Town of Strathmore.

In response, town council passed a motion for town administration to proceed with discussions to formulate a lease and arrange for local groups to use the space. It could feature some combination of local art, music, culture and history – and possibly even a tourism office, said Lagore.

If an agreement can be made, the town will establish a downtown base for some of its community groups and add to the viability of downtown, he said. “There’s great potential here.”

The building was constructed around 1909 to house a local branch of the Union Bank of Canada, according to the 1986 history anthology, Strathmore, The Village That Moved. It later was home to the Strathmore Standard, a now-defunct newspaper.
The building has been described as one of the only prominent commercial buildings to survive from Strathmore’s early history.
​
An article from a March 1910 issue of The Strathmore and Bow Valley Standard stated: “The opening of the Strathmore Branch of the Union Bank of Canada’s handsome new premises is an event of considerable importance, as it shows the solidity of Strathmore’s progress.”
Proudly powered by Weebly