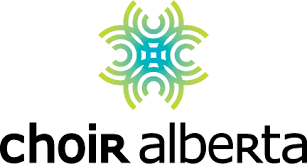 Choir Alberta's Award of Distinction, the Patricia Cook Memorial Award, is presented annually to a person, choir, institution, program or corporation, the award recognizes exemplary commitment to music education in schools and the wider community. 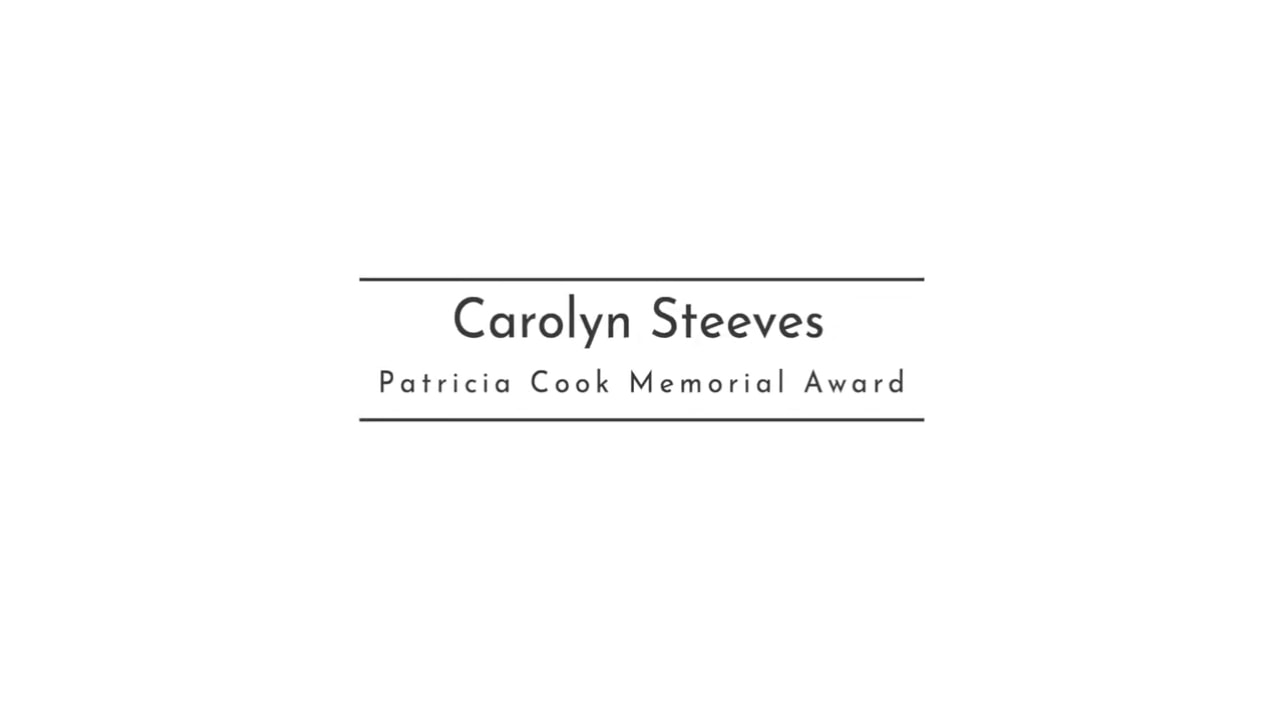 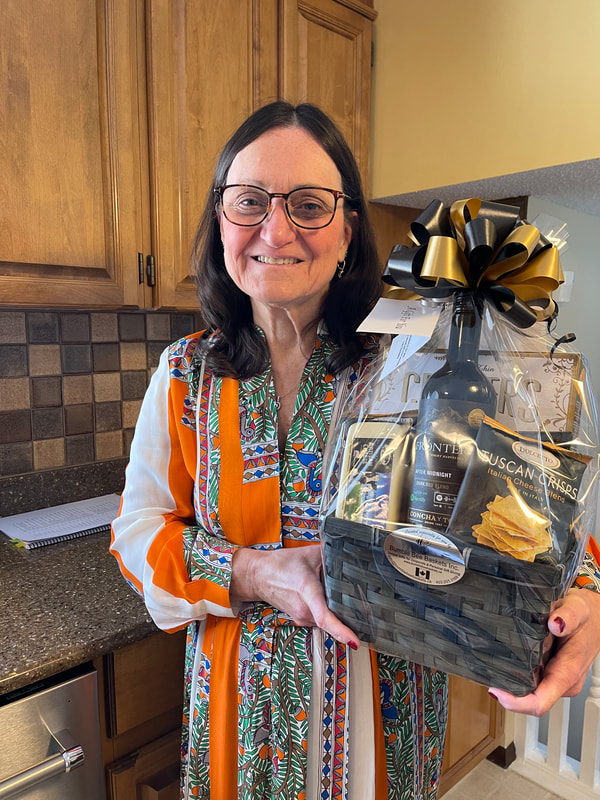 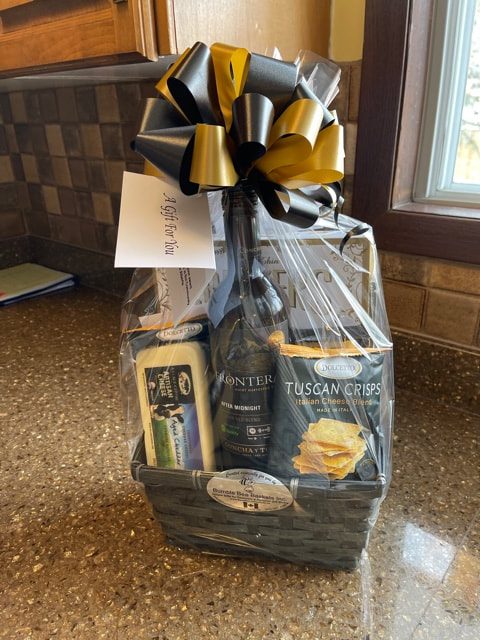 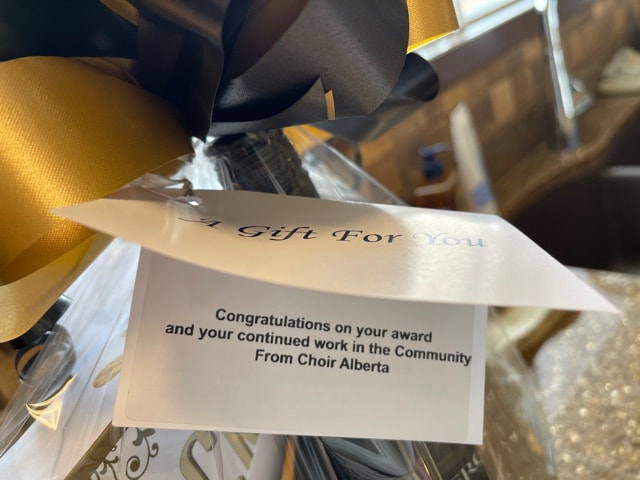 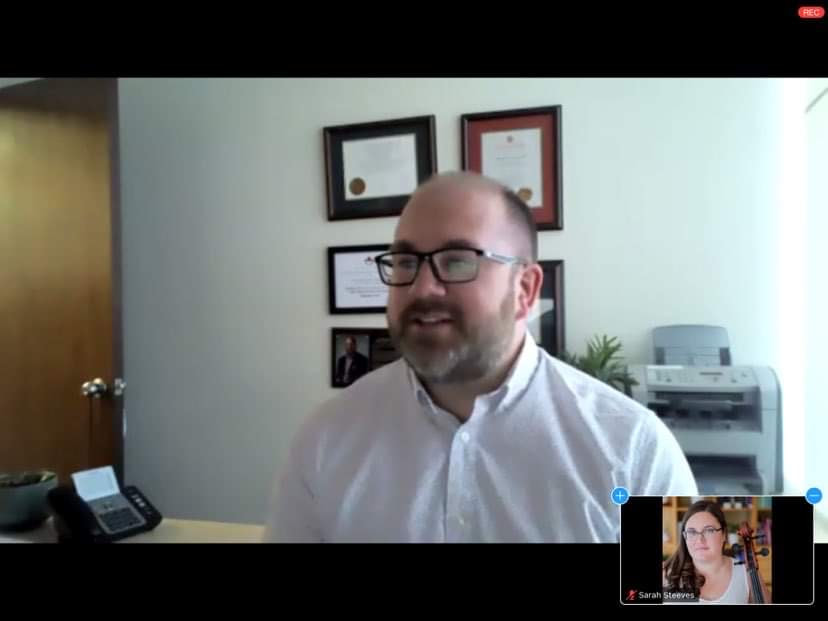 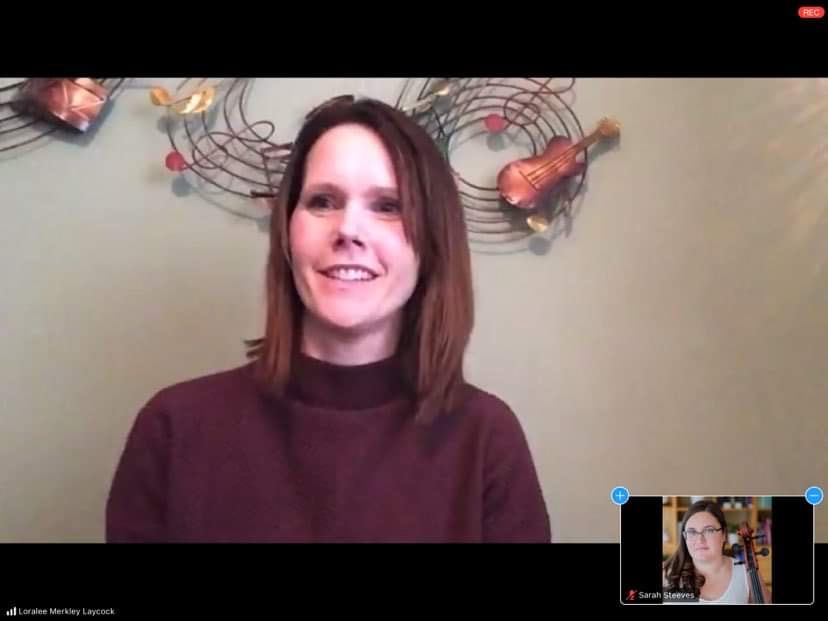 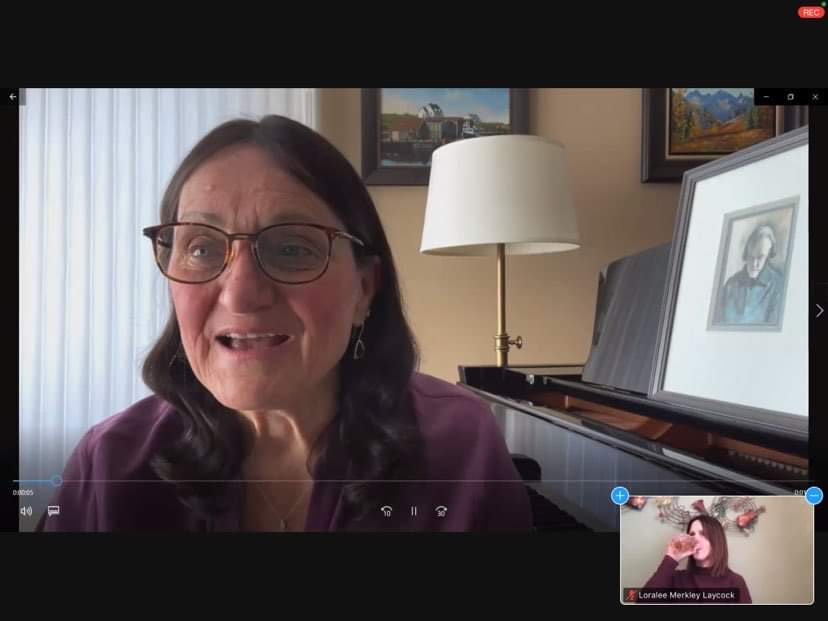 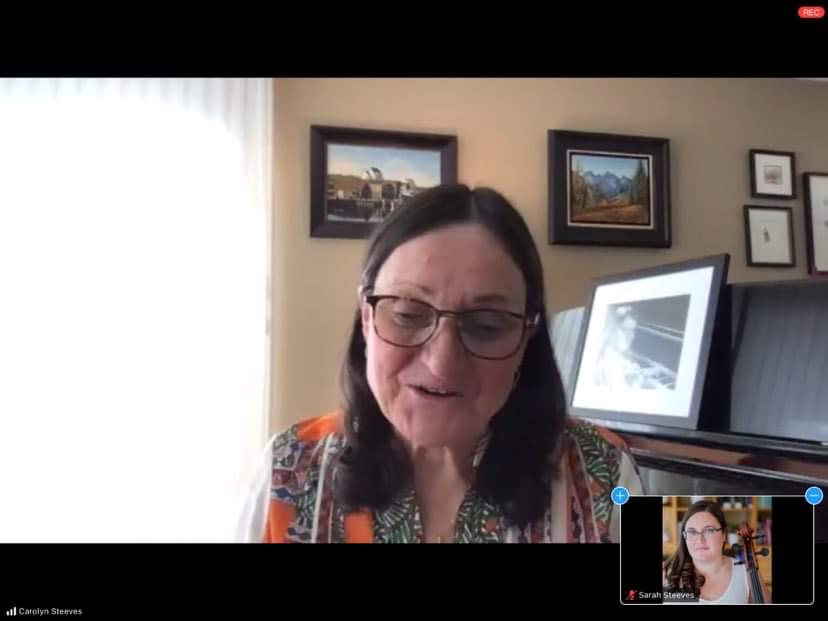 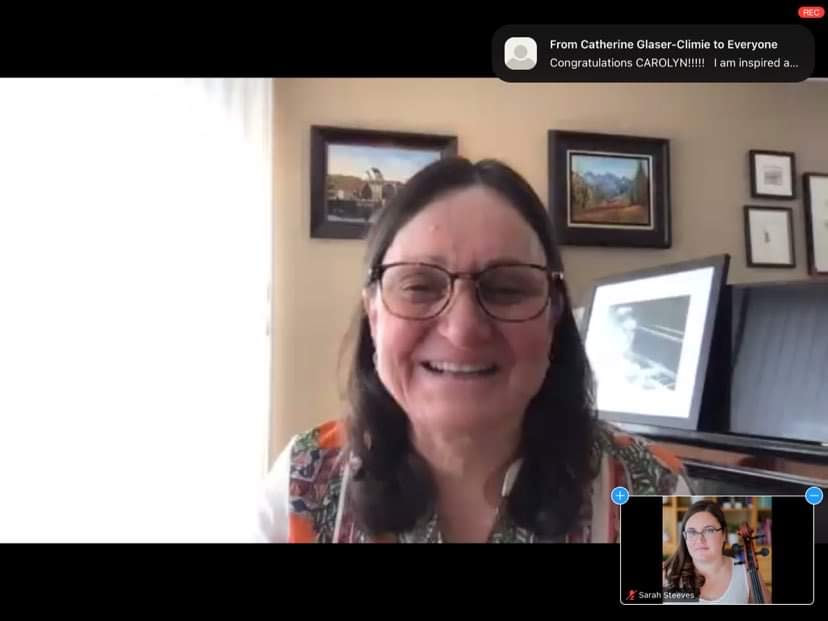 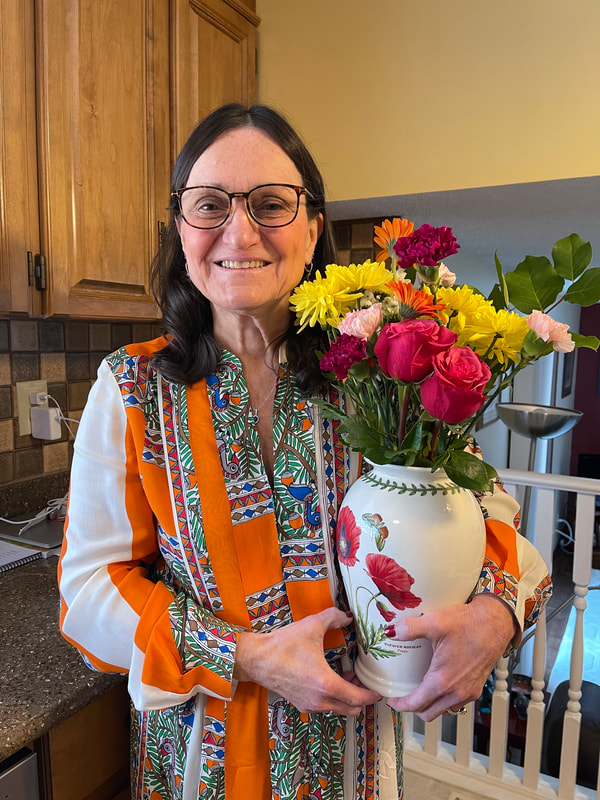 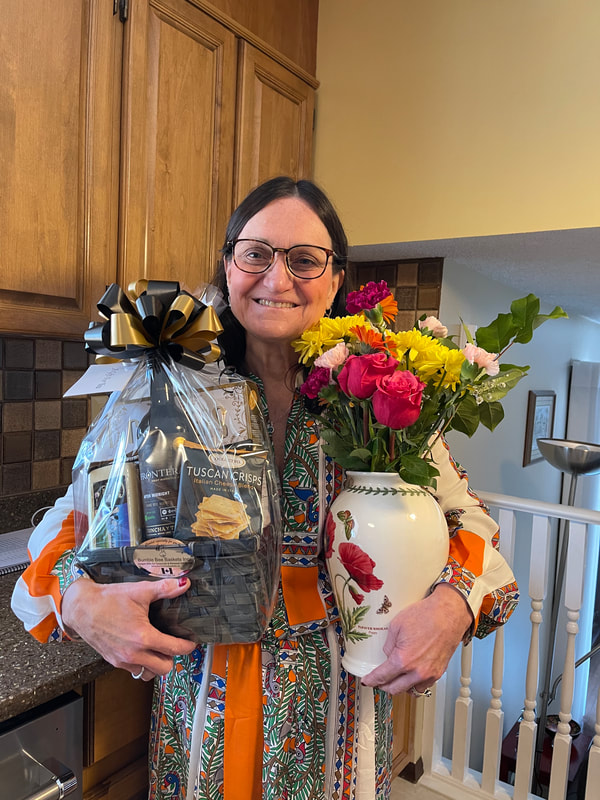 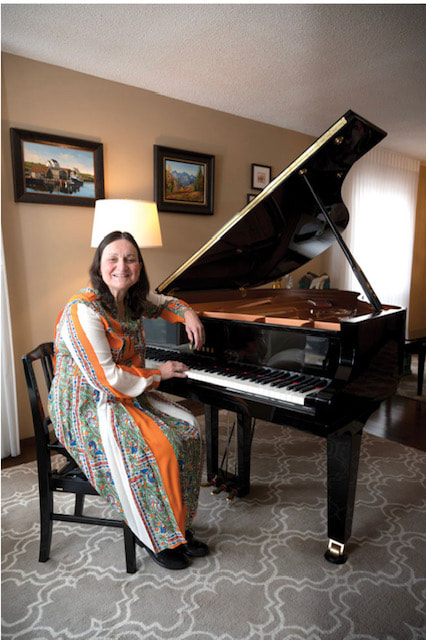 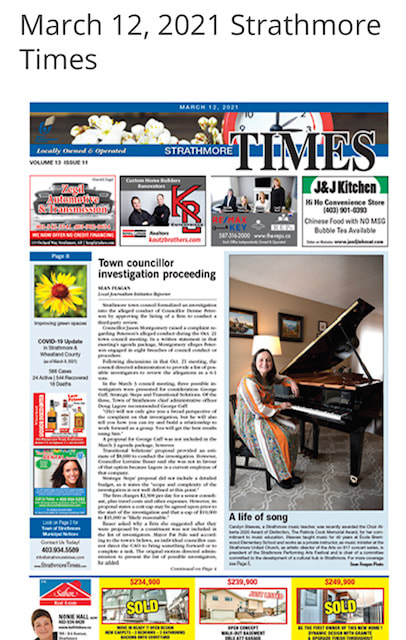 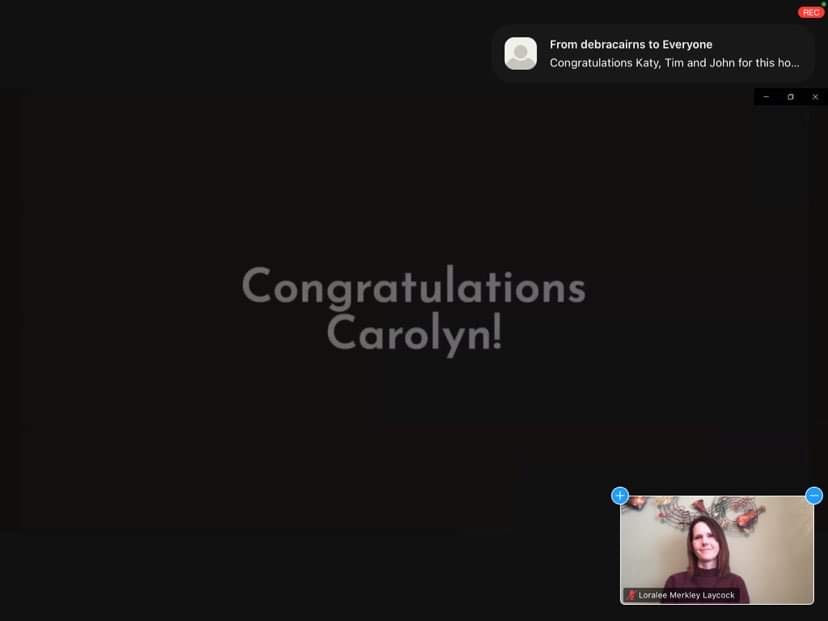 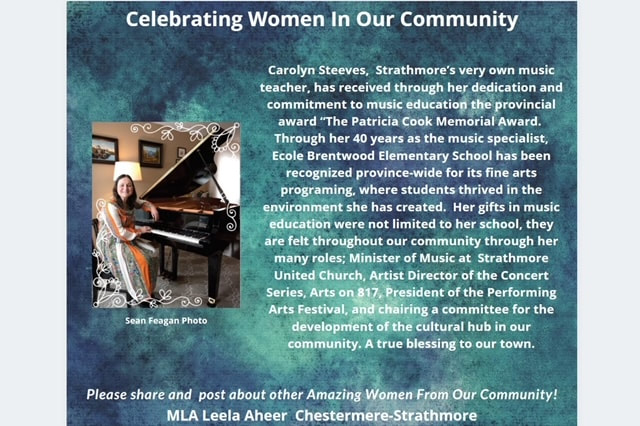 Carolyn Steeves, a Strathmore music teacher, was recently awarded the Choir Alberta 2020 Award of Distinction, The Patricia Cook Memorial Award, for her commitment to music education. Steeves taught music for 40 years at École Brentwood Elementary School and works as a private instructor, as music minister at the Strathmore United Church, as artistic director of the Arts on 817 concert series, is president of the Strathmore Performing Arts Festival and is chair of a committee committed to the development of a cultural hub in Strathmore.

A local music teacher received a provincial award for her work instructing and promoting music for over 41 years. Carolyn Steeves received the Choir Alberta 2020 Award of Distinction, The Patricia Cook Memorial Award on Feb. 27 in a virtual awards ceremony. This award is presented annually to a person, choir, institution, program or corporation in Alberta to recognize exemplary commitment to music education in schools and the wider community. Steeves said she was “totally shocked,” when notified of winning the award in January. “I have seen these awards given out for many, many years. So, to actually receive one was a huge honour.”

Steeves, who holds a master’s degree in music from the University of Calgary, operates the Carolyn Steeves Piano Studio. There, she teaches piano to students aged five to adults, who have gone on to win awards at the local, provincial and national levels. She also worked for 40 years as the music specialist at École Brentwood Elementary School in Strathmore. During her time at Brentwood, the school gained a reputation for its choral and fine arts programming, including musical theatre and school-wide concerts. “The senior choir, the flagship choir of the fleet of four, received many invitations and were the go-to choir for so many community events,” said Steeves. “Visiting choirs were always a highlight. The choir’s performance with the mass choir during the opening ceremonies of the 1988 Winter Olympic Games and their performances with the Rocky Mountain Symphony Orchestra and at the southern Alberta Children’s Choir Gala Concert, both in 2017, will always be highlights for me.”

​Steeves also works as minister of music at Strathmore United Church, as the artistic director of the Concert Series, Arts on 817, is president of the Strathmore Performing Arts Festival and chairs a committee committed to the development of a cultural hub in Strathmore. She has also served on the boards of the Alberta Choral Federation, the Alberta Kodály Association and the Kodály Society of Canada.

Loralee Laycock, director and founder of the Strathmore Children’s Choir, nominated Steeves for the award. “I had no idea who nominated me,” said Steeves. “I actually found out the night before the award ceremony, because we were sent a schedule of events and saw that Loralee was introducing me.” While working together with the Strathmore Performing Arts Festival, Laycock saw Steeves’ commitment to continuing the music education of young people in the community. “I felt like nominating her for this award was the perfect way to honour her 40 years of promoting music,” she said.
Strathmore's Carolyn Steeves Receives Prestigious Honour
Strathmore Now: News
READ MORE: Strathmore's Carolyn Steeves Receives Prestigious Honour
Published: Monday, 22 March 2021 14:00
Written by Allie Ruckman

Strathmore's own Carolyn Steeves has been recognized by Choir Alberta with the Patricia Cook Memorial Award. This award recognizes exemplary commitment to music education in schools or the wider community.

She explained that she was shocked when she heard the news that she had won the award. "The awards are given out at a big music conference which usually happens in Edmonton or Calgary, and sometimes Banff, but of course, that didn't happen. All these awards had to be given out virtually. I got a letter out of the blue in January telling me I had won this award," she chuckled. "I had seen this award presented many times and I had no idea who nominated me."

She soon found out after that her friend had nominated her. She said that it was a great surprise and she is extremely honoured. "I mean I taught for 41 years, and I'm just one of those people who is passionate about the arts and music in particular. It gives me great joy to work with children and work with people, and give back to the community, and champion the arts!"

Additionally, Steeves is one of the Ministers of Music at Strathmore United Church, Artistic Director of Arts on 817, and also chairs the cultural hub dubbed "The Vault" at the old Strathmore Standard building.
READ MORE: Standard Shoe Shop To Be Transformed Into Hub
​
Congratulations to Carolyn Steeves!
Proudly powered by Weebly